Our Silver Lake neighborhood restaurant sponsor El Condor generously presents our screening of ‘Spaceballs’! They’re offereing $5 margaritas after the movie, and they’re right across the street!
Live music, short film, and more to be announced shortly! 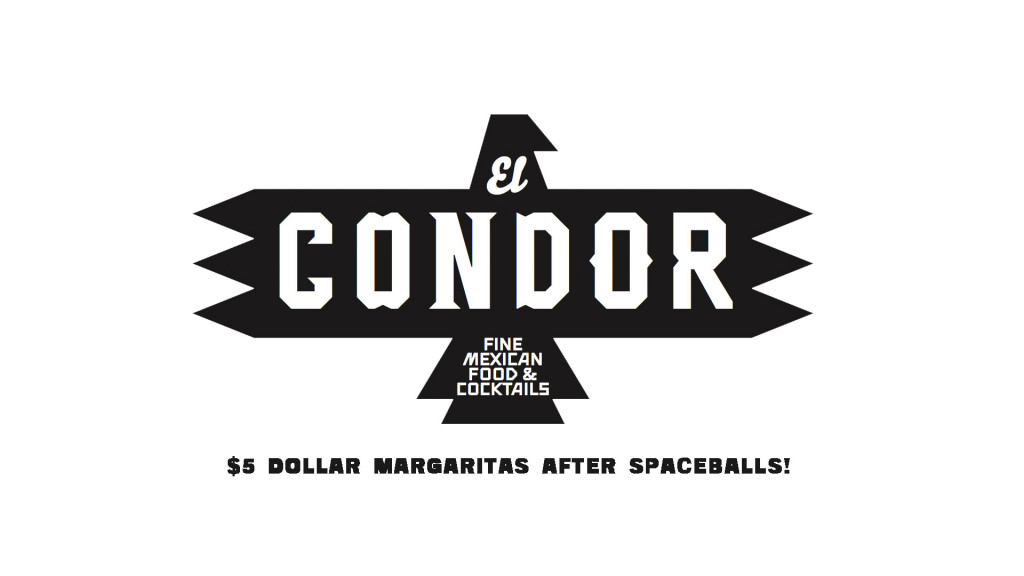