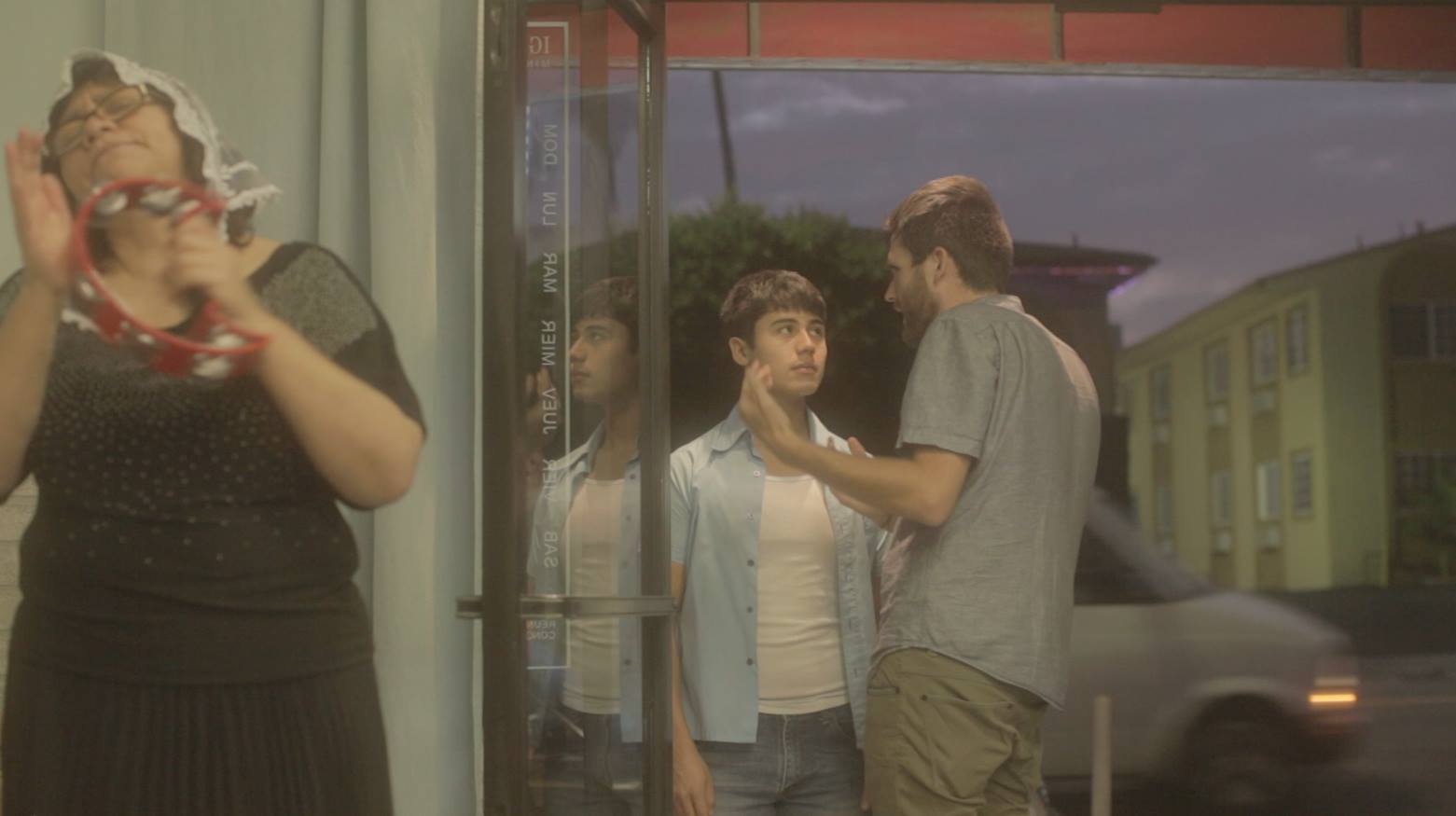 I’m an artist / filmmaker living in Los Angeles. My work often center around multiplicity of perspectives and queer experience. I primarily make films (shorts, docs, music videos, and currently finishing my first feature) but I also shoot a lot of photography and recently released my first book, Deviant Proposals: An Anti-Binary Journal published by Candor Arts. It’s a collection of works I selected from various international queer artist friends of mine centering around questions in relation to individual needs to act / think / feel in opposition to a strict binary system of sexuality, gender, performance or identity. The book probably does more concretely what I am attempting to achieve in my art and my life in general, which is bring together queer artists to share intimate stories, provoke discourse around queerness, and our relationships to ourselves as well as one another.

I grew up going to Mexico a lot – My dad was a pastor and had friends at various churches in Baja. A few years back I was visiting my grandfather who was living in Puerto Vallarta, and one night a friend and I met this group of kids outside a club who were visiting PV from Guadalajara. They had such a strange, interesting energy – each of them were so different from one another individually, but together they played so well off one another. We had a short but strange interaction with them that stuck with me, and I kept thinking about what it would be like to explore a night with these people.

When I decided to realize these ideas into the form of this film, Las Gitanas, I cast actors that could embody these people I had met and placed them in Los Angeles. This was my first film I had decided to make without a script. I had an outline, and general intentions, and a fantastic cinematographer who was game to treat this in a pseudo-documentary fashion. I wanted to capture a certain energy, and create opportunities for spontaneity and discovery with the cast, as well as the camera, along the way.

Weirdly enough, American festivals weren’t so into this film, or at least they barely programmed it. But it went on to play in quite a few festivals abroad, from the Kurzfilmtage Winterther in Switzerland, Cheris-Cheries in Paris, Interfilm Berlin, at the Phi Center in Montreal, and others in Finland, Germany, Australia, Uruguay, Poland, Iceland, Prague, Austria and I even got to attend some of them.

Is there anything about screening this film in LA or opening for Selena that is significant to you?

Yes! We actually shot the film on these streets, between Echo Park, Silver Lake, and Hollywood – the majority of it was filmed guerrilla style, without permits, and we really tried to capture an energy that exists here in the night – I think playing this film under the stars with the traffic noises accompanying it might end up being the most authentic way to view it! I can’t wait to see it in this context!

Also, I never would have foreseen playing this short film before Selena, but since this has come about, somehow it seems like a very special pairing – I know Selena is a very special film for some of my cast, and though I haven’t seen Selena since I was very young, I can’t wait to see what effect pairing the two films together will have. Both being very Latinx-American centric and featuring Spanish and English dialogue, capturing a certain feeling, I’m sure they’ll live side by side in an interesting way.

I’m currently finishing my first feature film called Baja Come Down that follows two queer women on a road trip in Mexico. It stars Michelle Ortiz (who is also in Las Gitanas, the recent reboot of MADtv, and Netflix’s upcoming show Gentefied) and Caitlin Michael Riley (American Vandal) and was shot by Ava Benjamin Shorr, who also shot Las Gitanas. We’re finishing up the music for the film and submitting it to festivals.

And I co-run the LA Cinema Calendar, a calendar that features all of the repertory and art house film events that happen across Los Angeles each month. We send out a newsletter at the top of each month with our highlighted picks of screenings we’re excited about. Instagram: @lacinemacal