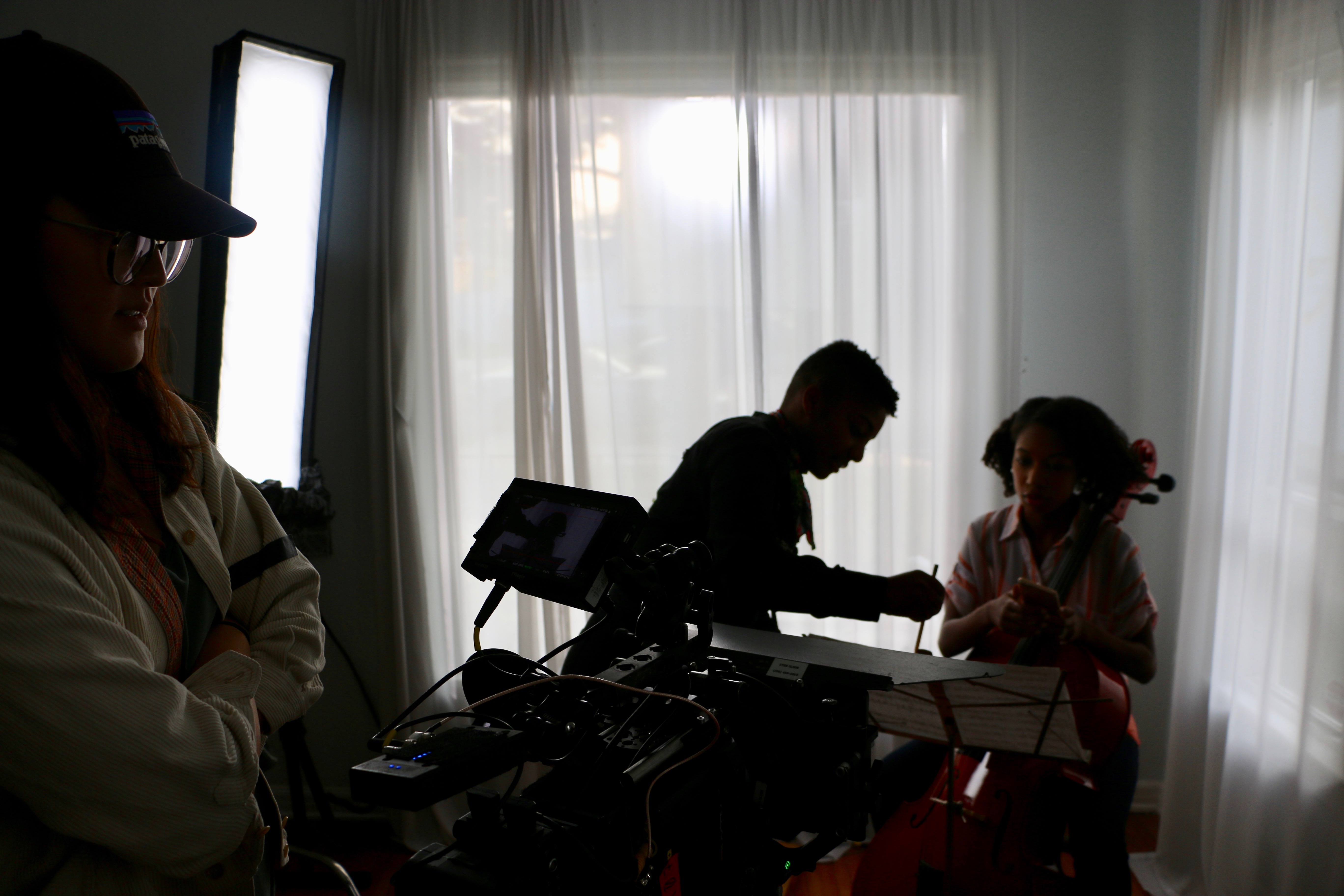 I’m a writer/director (and one day showrunner) who’s “mission statement” is to tell stories that give audiences a new lens in which to see the world, whether that be a less-covered aspect of an event or era, or through the eyes of an underrepresented people group — kind of like how journalists approach news stories, it’s all about running with unique perspectives. A year ago I studied abroad in London and completely fell in love with everything about the city, and consequently all of my favorite writers, directors, and shows are all British so my goal is to move there after graduation and take a stab at the industry in London, eventually living both here and there creating content for both countries — wish me luck.

The idea for Dear Rose came from me picking up on this twisted trend in the way school shootings have been covered in the news. Why is it that we know the shooter’s name, age, background, family, you name it, but we can hardly recall even the first names of the victims — and forget about trying to name any of their family members. It’s so backward to me because the families of these victims are the ones that will have to live with this nightmare for the rest of their lives — so why does the shooter get the spotlight? I wanted to give a voice to the voiceless with Dear Rose and give an audience, no matter what size, perspective into the other side of these news stories — so I made it into my junior thesis film. It was an eight page script, three day shoot, thirty five person crew, and one of the most amazing experiences I’ve had thus far.

Is there anything about screening this film in LA or opening for Boyz N the Hood that is significant to you?

Screening Dear Rose in LA is huge because I grew up here, so seeing my work on this scale on my old stomping grounds is surreal. Opening for Boyz N the Hood is also special to me because the film represents similar themes to those that I’m trying to tackle throughout my career which is so inspiring to me, so to even have my film on the same screen as a John Singleton film is amazing. He’s one of the greats so I’m beyond excited to open for Boyz N the Hood.

Right now I have two summer internships, one at EntertainmentOne which is geared toward TV development and the other at Chelsea Pictures which is commercial production, and then I’ll be headed back to Orange for my senior year of college at Chapman University (ah!!). During that year I’ll produce my senior thesis film which I’m writing right now and am so so excited for, and was fortunately awarded a grant for it as well! And I also have to fit a Spanish class in there somewhere so I can graduate.

You can keep up with my projects through my Instagram (@cianirey) where I post news about my films and will announce the website/instagram for my thesis film once it goes live!