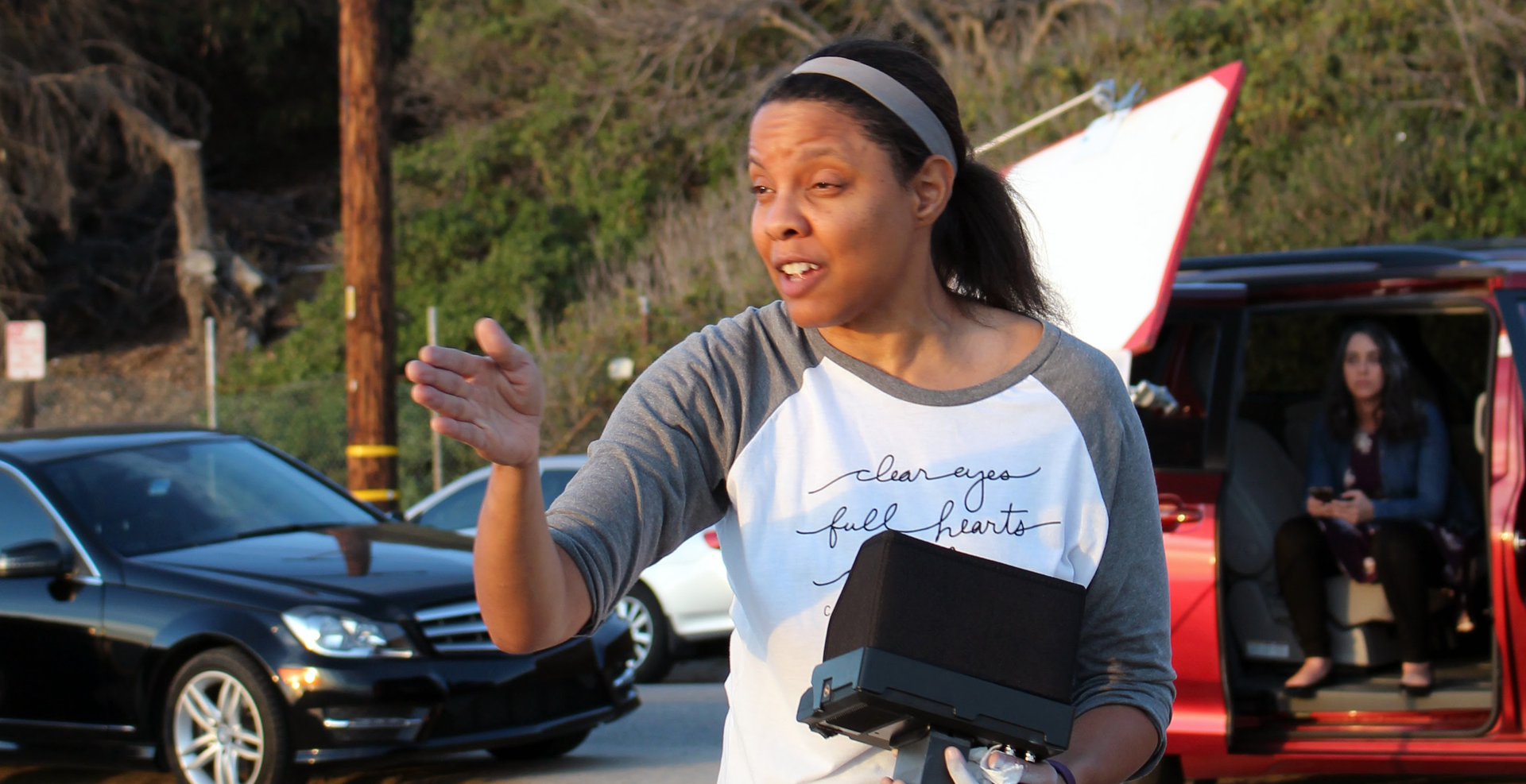 At the Picture Show we always highlight local filmmakers with a screening of a short film prior to our feature film. We’re excited to be showing “An Uber Tale” by Lynelle White before “Cool Runnings” on June 22nd. Lynelle was kind enough to share a few reflections on her career as a filmmaker.

Long story short, I’m a former Air Force pilot turned screenwriter.  I’ve been predominantly focused on writing for television the past few years but my long term goal is to be a writer/director.  I just graduated from the MFA in Screenwriting program at UCLA.  My screenwriting tends to focus on women in military since I feel that’s an underrepresented group in film and television.

From Craiglist!  A few years ago, Raphael Bob-Waksberg, the showrunner of the television series, “Bojack Horeseman” posted one of those “Missed Connections” posts on craigslist.  He did it anonymously at first but then eventually everyone found out it was him.  In his version, the guy narrates the story of being on a subway in NYC, seeing a woman and never working up the nerve to speak to her.  That craigslist post stuck with me for years so when I was at UCLA, I decided to adapt it with a few changes.  My version is told from the woman’s point of view, I set the film in Los Angeles, and of course, everything now plays out in an uber.  On twitter, Raphael gave all filmmakers permission to make something out of his “Missed Connections” post so I hope he remembers that tweet and doesn’t sue me.

I’m a fairly recent transplant to Los Angeles and I’ve struggled to adapt to life in the really, big city after moving here from St. Louis.  But LA’s biggest asset is its variety of neighborhoods.  When I decided to set the film in an uber, I knew it was important that the uber shows off as many unique areas of Los Angeles as possible  — everything from Malibu to Silverlake.

I’m keeping my fingers crossed that I win a grant to write and direct my next short film.  The theme of that project will be “liberty” and will tackle voting issues.  I’m also hoping to do a short documentary about a group of African-American women who compete in rodeo.

Join us and Lynelle on June 22nd for another free outdoor movie in the heart of Los Angeles: “Cool Runnings”. Silver Lake Picture Show is located at Sunset Triangle Plaza in Silver Lake. Every other Thursday at sundown, all summer long.