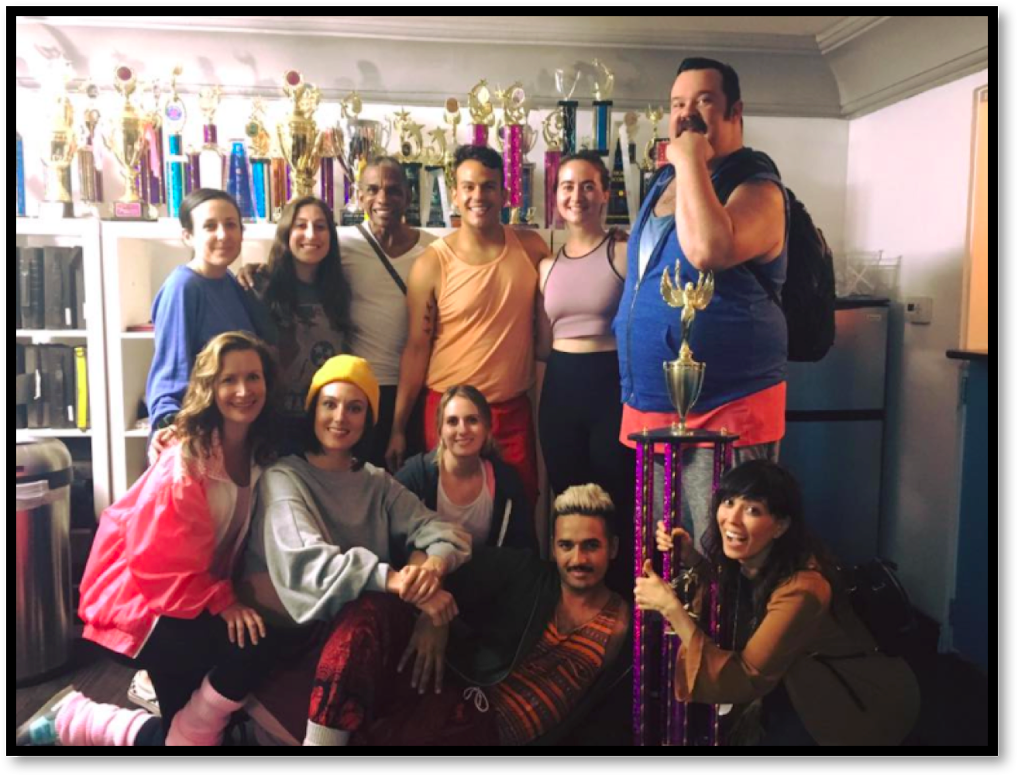 As a filmmaker, I love telling stories about underdogs and weirdos. There’s a huge satisfaction in getting audiences invested in a person who they might not take the time to get to know in real life. The goal is to keep making movies that operate as giant exercises in empathy.
And as a person, I’m really good at sucking the fun out of comedy by analyzing it to death.
Where did this idea come from? How did the film come together?

The idea was sparked from a story Laura heard from a friend who wanted to take a class at a *Celebrity’s* dance studio for her birthday. Upon arrival, she discovered that said *Celebrity* wasn’t teaching that day. The birthday girl was devastated. But it became clear that the Studio Manager who’d checked them in (let’s call her Sherry) was subbing the class and it “would really mean a lot to her” if they stayed. So they did. For about a year, the phrase “We could tell it really meant a lot to her that we take the class” stayed with Laura. When she pitched me the idea, she opened with the image of a woman teaching a class to no one. It slayed me.

The LA dance scene is formidable, since it serves professional dancers who land high-profile gigs and garner massive followings. It can be especially brutal for someone who wants to enjoy a casual drop-in or, worse yet, for regular attendees who put in the time but still show no sign of “making it.” Placing Sherry in SoCal felt like the right option for capitalizing on that feeling of being so close yet so far.

It’s also worth noting that we made this movie when we were both working as assistants in entertainment. In a way, it’s our ode to the admins who quietly keep things running while harboring big dreams of their own.

Laura and I are developing Sherry into a half hour series pitch. It’s been really gratifying to flesh out the character into an even fuller person, with a life and relationships beyond the dance studio. I’m also nearly done with post-production on another short.