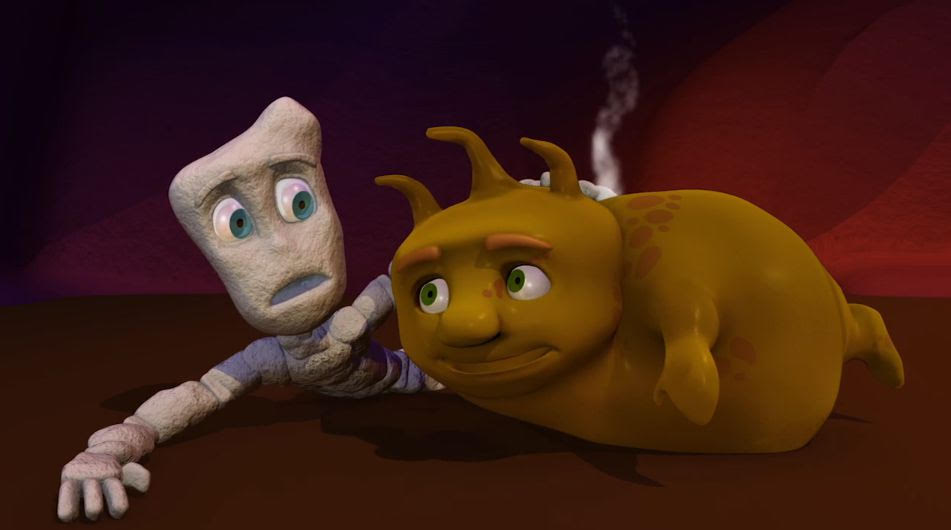 Oh boy, are we excited for Homeward Bound! But hold your horses… err… dogs, cause we’re introducing one of our favorite Disney classics with the stellar short film ‘Volcano’ by local filmmaker Marie Cheng.

A little girl can’t seem to figure out why her volcano science project won’t explode. Little does she know, baking soda and vinegar have taken on a life of their own.

Marie has been a chronic doodler since day one. The moment her chubby little hands could grasp a writing utensil, she began to scribble all over everywhere! Words? Never! Instead, Marie drew pictures! She would sketch everything around her–the shoreline of her hometown Huntington Beach, her favorite Rugrats character Kimmy, and the antics of her pet corgi. It was a joyous occasion every time the sound of sweet graphite or ink slid across a fresh patch of paper. Doodling was a passion. When it came time to decide how she would feed herself as an adult, she decided to pursue animation as a career. Armed with a tattered sketchbook, a few pencil nubs, and no animation experience, Marie plunged into her four years of college at Chapman University’s Dodge College as a Digital Arts major, immersing herself in film, animation, and visual storytelling. During her senior year, she worked as a Production Assistant at Nickelodeon Animation Studio while finishing her thesis short film, Volcano!

Volcano! is loosely based off her childhood experiences growing up as a quirky child with an untamable imagination and curiosity. From the point of conception, she knew that this story would fit best in the animated medium, given the flexibility of design, movement, and stylization. She always wondered what life might be like as an inanimate object. As a child, Marie believed that in fact, everyday things like baking soda and vinegar were actually alive and had real emotions, feelings, and thoughts. Now as a much larger child she wanted to explore the imaginary world of baking soda and vinegar, and the idea that sometimes one character’s entire world is actually part of a much larger world beyond belief.

Find out more about Marie at her website: mariewcheng.tumblr.com